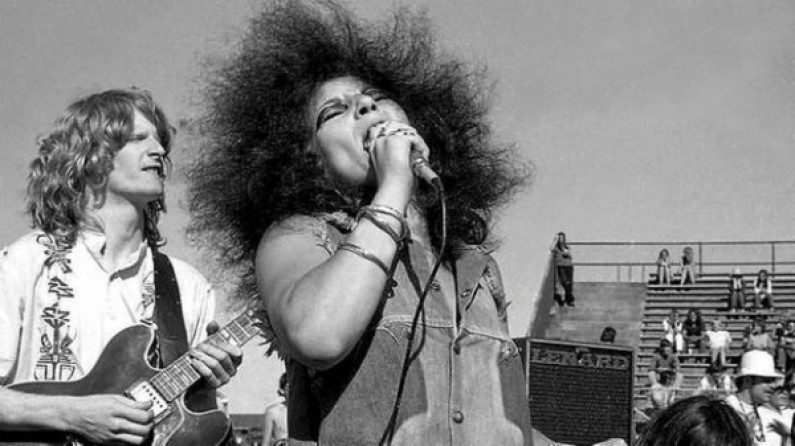 Wendy June Saddington also known as Gandharvika Dasi (26 September 1949 – 21 June 2013) was an Australian blues, soul and jazz singer, and was in the bands Chain, Copperwine and the Wendy Saddington Band. She wrote for teen pop newspaper Go-Set from September 1969 to September 1970 as an agony aunt in her weekly “Takes Care of Business” column, and as a feature writer. Saddington had Top 30 chart success with her 1972 solo single “Looking Through a Window”, which was written and produced by Billy Thorpe and Warren Morgan of the Aztecs. After adopting Krishna Consciousness in the 1970s she took the name, Gandharvika Dasi. In March 2013 she was diagnosed with oesophageal cancer, Wendy Saddington died on 21 June 2013, aged 63.

Around 1985 Saddington had formed a duo with pianist Peter Head, performing mainly at the Civic Hotel and at various Kings Cross and Darlinghurst venues. They worked irregularly together for the remainder of the decade. In 2002 Head organised a Saddington concert at Sydney’s jazz and blues venue, The Basement, curating a soul, jazz line up with Lachlan Doley on Hammond organ, Peter Figures on drums, and Jackie Orszaczky on bass guitar. The concert was recorded but is as yet unreleased.

In 2003, Saddington provided three tracks for the album, Women ‘n Blues, with other tracks by Kate Dunbar, Sally King, Jeannie Lewis and Margaret RoadKnight. In August 2012 Saddington appeared on celebrity musician quiz show, RocKwiz, on SBS-TV, where she performed Simone’s “Backlash Blues”.In December that year she recalled her career “I’m not into legacies … I usually get a job once in a blue moon … I guess it is by choice in a way. But at the same time I have always thought I would have liked to have earned a living at it”. She believed that Krishna Consciousness had “saved my life”, reviewing her life as a heavy drinker “I honestly think if I had gone on with that, it would have ended up like Janis Joplin. Too fast; not good enough; too soon, you know, bang”. In March 2013 she was diagnosed with oesophageal cancer, Wendy Saddington died on 21 June 2013, aged 63.
From Wikipedia, the free encyclopedia