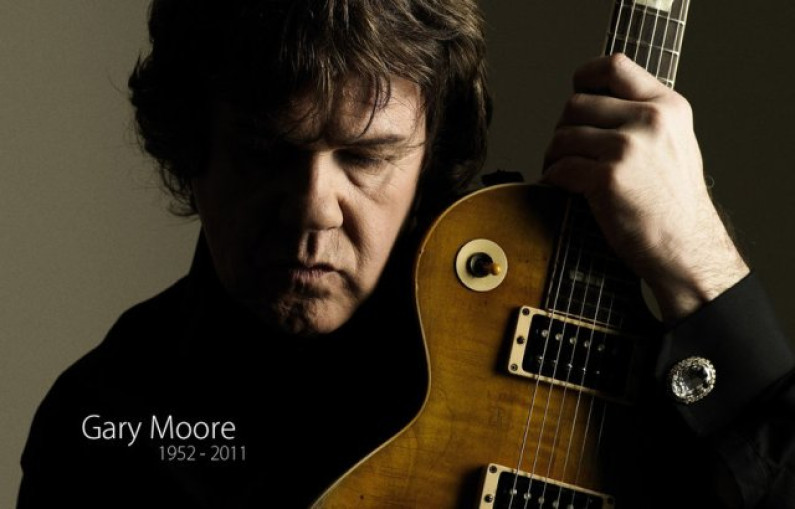 Posted by BERUSSA on 18 Haziran 2012 Pazartesi

Robert William Gary Moore (4 April 1952 – 6 February 2011), was a Northern Irish musician, most widely recognised as a singer and virtuoso guitarist.

In a career dating back to the 1960s, Moore played with musicians including Phil Lynott and Brian Downey during his teens, leading him to memberships with the Irish bands Skid Row and Thin Lizzy, and British Band Colosseum II. Moore shared the stage with such blues and rock musicians as B.B. King, Albert King, Albert Collins, George Harrison, and Greg Lake, as well as having a successful solo career. He guested on a number of albums recorded by high-profile musicians.

In July 1979, he left the band permanently to focus on his solo career, again with help from Phil Lynott. The combination of Moore’s blues-based guitar and Lynott’s voice produced “Parisienne Walkways”, which reached the Top Ten in the UK Singles Chart in April 1979 and the Thin Lizzy album Black Rose: A Rock Legend which reached number two in the UK album chart. Moore appears in the videos for “Waiting for an Alibi” and “Do Anything You Want To”.
He experimented with many musical genres, including rock, jazz, blues, country, electric blues, hard rock and heavy metal.

In 1987, he performed a guitar solo for a cover of the Beatles’ “Let It Be”. which was released under the group-name of Ferry Aid. The record raised substantial funds for the survivors of the MS Herald of Free Enterprise disaster. In 1990, he played the lead guitar solo on “She’s My Baby” from Traveling Wilburys Vol. 3.

After a series of rock records, Moore returned to blues music with Still Got the Blues (1990), with contributions from Albert King, Albert Collins and George Harrison. The album was well received by fans. He stayed with the blues format until 1997 when he returned to the harder rock, but with a softer, more pop and ballad-oriented sound on Dark Days in Paradise followed with another change of direction in 1999, when he decided to experiment with modern dance beats on A Different Beat; this left many fans, as well as the music press, confused. He also contributed guitar sections to Richard Blackwood’s 2000 album, You’ll Love to Hate This.